I have traveled to many countries over the years, and sometimes had frightening mishaps. Like the time a tire blew on a three-wheel passenger plane while landing in a village in Africa. 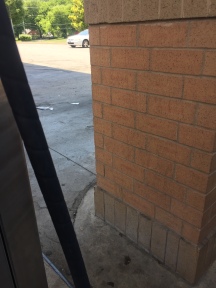 But yesterday, I was in my hometown when gunshots rang out. A beautiful blue sky, taking my time at the Kroger gas pump while getting the last few cents out of each remaining gift card I’d been given. Enjoying life and not feeling rushed. Then, the shots. A gunfight in a public shopping center, and looking straight at one of the vehicles from which the shots came. I hid, best I knew how, behind a brick column. I wondered if I would know if I got shot, after just reading about Bobby Kennedy’s assassination on the 50th anniversary of his death the day before. 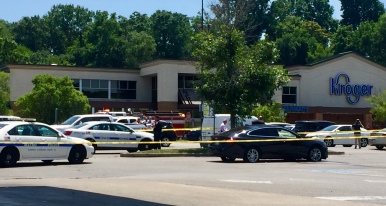 I was witness to something that has become a norm in the United States: gun violence. I don’t believe that God put me there for a reason, because I have a hard time believing that God orchestrates our lives like that. Nevertheless, I’ve had something on my mind for quite a while that I must now write about – not taking for granted another moment.

Churches, mosques, temples can all be found easily throughout the U.S. A common core of religious beliefs is the attainability of peace, yet how do we promote peace in practice?

What if every house of prayer in the US became a place for turning swords into plowshares (Isaiah 2:4)? What could that look like? How might religious practices become deepened and integrated into daily life?

Mental illness would be destigmatized. Depression recognized. We would accept our human condition as fragile, and the condition of the soul as filled with hope – not despair. We would become links within our communities for getting the help that is needed. When mental health access isn’t available to those living in poverty, we would pull our resources together, community by community to ensure help is attained. We would advocate and also practice the fine art of compassion and understanding.

Anger management would be integral to preaching and teaching, so anger is not seen as a sin but instead a sign that something is not right. We would help the young and old understand restorative justice in all manners – large and small. People would not become throwaways when they have acted wrong from anger. We would work to turn even our prisons into places of transformation – where peace and reconciliation become more than lofty dreams.

Our houses of prayer would become places for gun amnesty – where weapons could literally be  turned into plowshares. Where those who have done wrong and want to live changed lives can learn skills that take them above minimum wage jobs that will always tempt them to lives of crime. People of faith would divest from gun manufacturers and instead invest in the gift of life, here and now – not just the afterlife.

None of this would be effective without a communications campaign to build unity and offer interfaith public service announcements that help reform society to live peaceably with one another.

We are not helpless. We must scope the power we do have and use it wisely. Legislation will never be the only solution to violence within the United States.

Human beings have more in common with one another than we think. We are all capable of love, and when we turn towards that together, miracles happen. It can start today.

A social innovator in communication strategies & technologies for global development, Neelley is the founder of Harper Hill Global. Check out her game-changing work: harperhill.global.
View all posts by N. Neelley Hicks →
This entry was posted in Communications for Social Good, Inspiration, Uncategorized and tagged faith, gun violence, peace. Bookmark the permalink.

1 Response to Scope the Power